Adele Heasman has been a member of the Management Committee of Community Northern Beaches since 2002 and was nominated as President at the recent Annual General Meeting. As well as being a wife, mother and President, Adele also works in the Office of James Griffin MP for Manly as Senior Electorate Officer. We asked Adele to share a little about herself.

Q: Could you tell us a little about yourself? 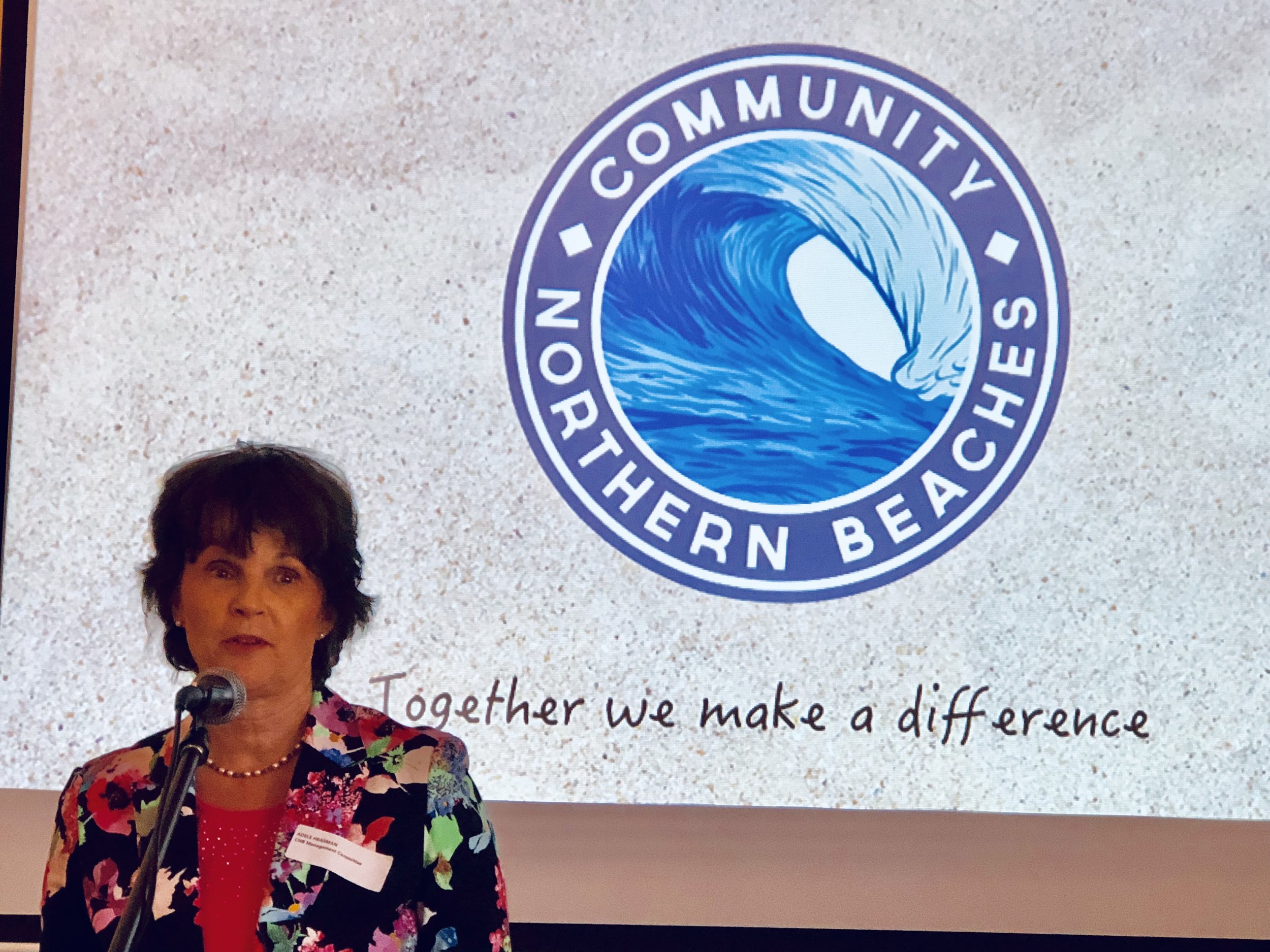 Adele: â€œI have lived in the Manly area since starting at Balgowlah Heights Public School in year 1 after my parents built their home in the new land release in the early â€˜60s. Growing up with the bush as my backyard was idyllic â€“ as kids we loved the flannel flowers and indigenous rock carvings which we considered our very own to look after.

My husband and I have made Manly our home since 1984 (he also grew up in the area) with our 3 now grown-up children. In many ways, my love for the area was my reason for running for Manly Council as a Councillor in 1999. My new role here in the Electorate Office is really an extension to that â€“ without me being at the forefront!â€

Q: What is your role at Community Northern Beaches and responsibilities does this role have?

Adele: â€œIn 2002 I was elected to the Management Committee of the Manly Community Centre (now Community Northern Beaches) – having seen their work from afar since the 1970s. In the early days of being on the Committee, I was probably a quiet observer although I certainly took part in any roles that were asked of me such as helping with the Manly Corso stalls, fundraisers, projects and undertaking Vice President duties.

I was first elected President in 2014 and last year stepped aside for 12 months after serving for the statutory 4 years. This year I was delighted to be once more asked to run as President. Community Northern Beaches has seen so many changes these past few years, I feel that the staff and volunteers could do with some stability in the leadership and I am happy to assist with that.â€

Q: What motivated you to choose a volunteer position in social services?

Adele: â€œI guess I like to see peopleâ€™s lives change for the good. A lifetime ago I was working as a legal secretary for a senior partner in a prominent Sydney Law Firm â€“ I then had a sea change and left to complete an Associate Diploma in Social Welfare at the Institute of Western Sydney. Now my life revolves around the provision of social welfare – Iâ€™m not a good counsellor! But in my role at Community Northern Beaches, and certainly at the Electorate Office, I am in a position to advocate for social services provision in and for my community.â€

Q: Tell me about a particularly memorable moment during your time at Community Northern Beaches?

Adele: â€œMemories of volunteers working together to raise money for Community Northern Beaches, Jacquiâ€™s farewell after some 37 years, and who could forget attending the moving funerals of Ellie Hunt (the first President and founder with us of the Manly Womenâ€™s Shelter) and Pat Boydell (the long-time chair of the Northern Beaches Mental Health Support Group), but also more recently meeting John Kelly (our new Centre Manager) and being amazed that we found someone who loves Community Northern Beaches as much as we all do!â€

Q: What do you believe makes Community Northern Beaches special?

Adele: â€œI think itsâ€™ innate ability to â€˜draw you inâ€™! Once you see what the work is that we do and whose lives we change, thereâ€™s no getting out! Iâ€™m immensely proud of the reputation Community Northern Beaches has, not just within the local community, but with the levels of Government (Federal, State & Local) as well as our relationships with the Police and other stakeholders. Community Northern Beaches has been the driving force in the establishment of NGOs that are now thriving independently of us, such as Pioneer Clubhouse and of course the Northern Beaches Womenâ€™s Shelter (formerly Manly Womenâ€™s Shelter) which now has formed Womenâ€™s Community Shelters and has 6 Shelters in NSW!â€

Q: What would your advice be to someone looking to reach out for help but doesnâ€™t know where to start?