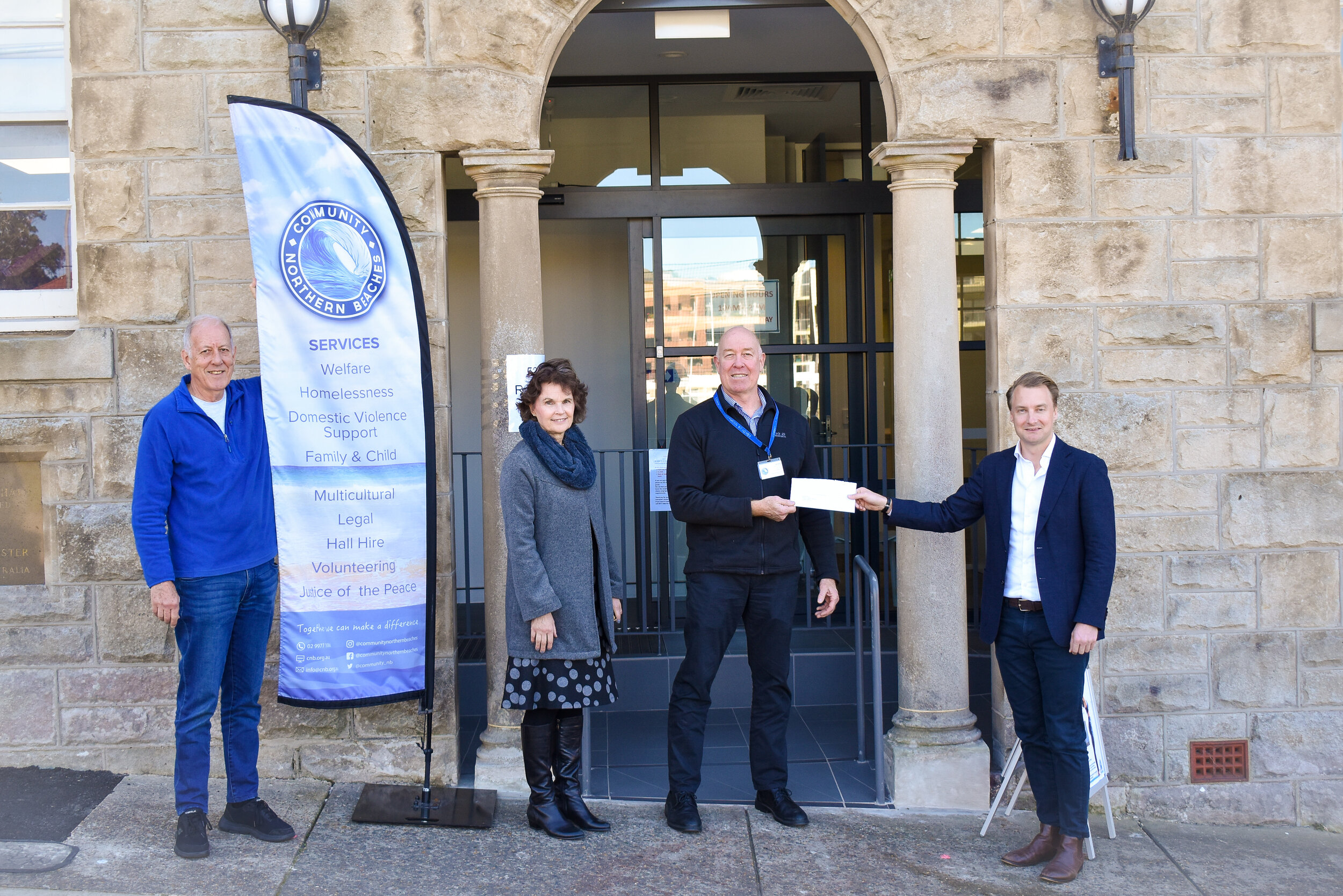 James has been a tremendous supporter of Community Northern Beaches for a number of years, even prior to his term in State Parliament. James recognises the critical work we undertake at a grassroots level on the Beaches, and the continued difficulties frontline community organisations battle in providing face-to-face care and support. On behalf of our clients, staff, volunteers and supporters, thank-you James and Brad.