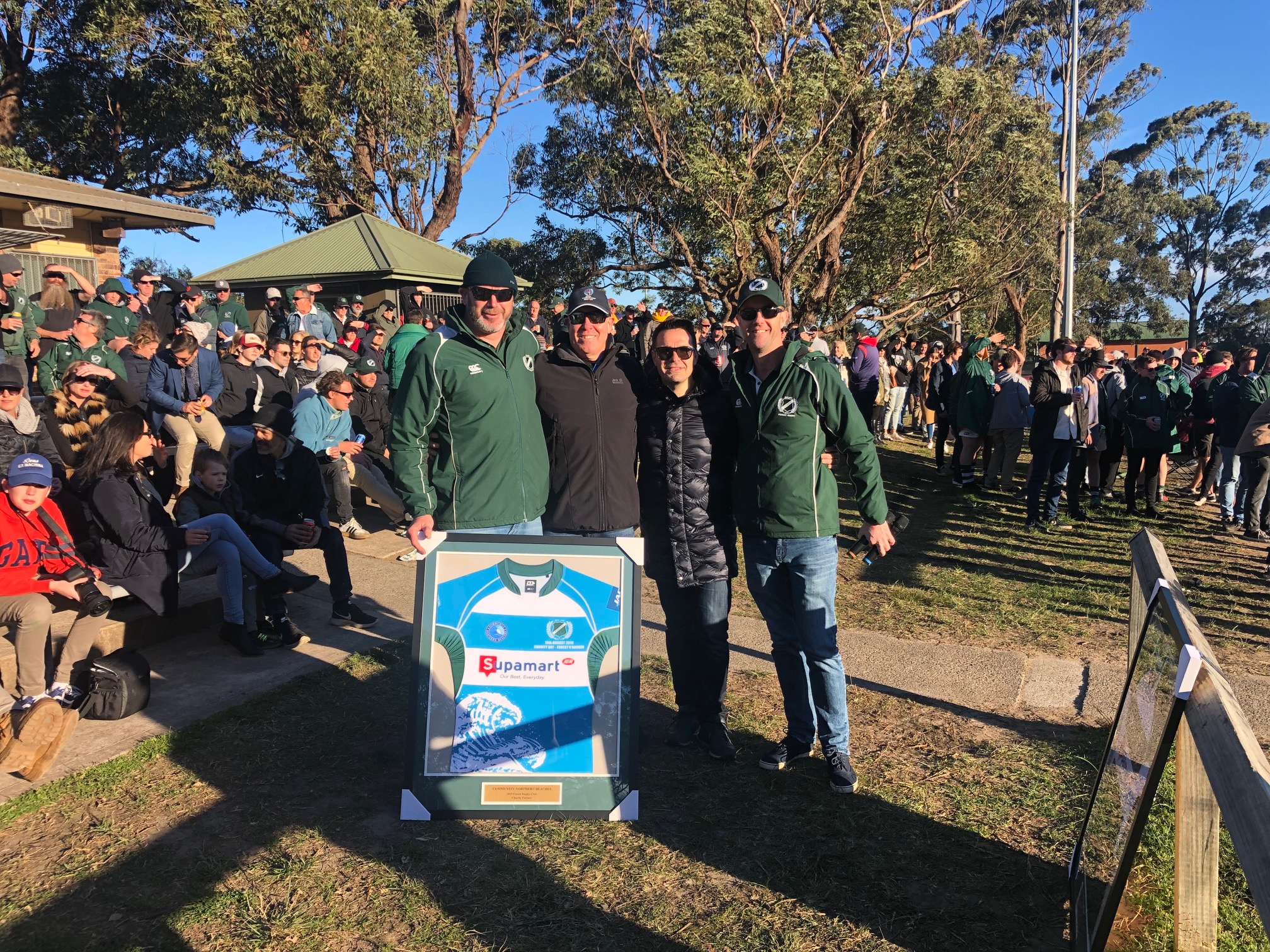 The Forest Rugby Club Charity day was a terrific success both on and off the field. On the field, Forest’s results on the day, including the all important first grade, saw them win promotion to the Kentwell Cup for season 2020. A number of teams are competing in the upcoming finals series and Community Northern Beaches wishes them all the best. Go Forest!

Off the field a ‘mad’ auction of the specially designed Charity Day jersey saw over $20,000 raised! No doubt the euphoria of the Wallabies beating the All Blacks, coupled with ample celebratory liquid amber
contributed to the success of the bidding. In addition a further $4000 was raised from a raffle conducted at the ground, and a further $670 in sponsorship was contributed from player Carl Kilbourne, who dragged his body along the City to Surf route the following day.

A framed Forest Charity Day jersey now sits proudly at Community Northern Beachesâ€™ Centre in Manly. We would like to thank Forest Rugby for its continuing initiatives to support community organisations such as ours, which have raised well in excess of $100,000 over the last few years. As a community rugby club their efforts are truly inspiring.