On 4 June the annual Employment Expo ” Be Employed and Upskilled” was held at TAFE Northern Beaches campus, organised by Northern Beaches TAFE and Community Northern Beachesâ€™ Multicultural Service. Around 20 stalls were offered and approximately 400 people attended. The workshops were full and it was a really great day, extremely informative and great connections were made between employers and prospective employees.

Community Northern Beaches was represented by Maria-Elena Chidzey a member of the organising committee who opened the Expo with an inspirational speech. People in the audience congratulated her and one said she had tears in her eyes listening to Maria talk about the importance of work in peopleâ€™s lives, not just in the economic sense, but as a way to establish friendships, to develop confidence and feel that you are contributing to society. Maria also said that one of the good things about the employment Expos was the opportunity to educate the employers on the benefits of employing migrants and local people.

One of the observation Maria made was that most employment programs for migrants are directed at educating the migrants and hardly any or none are dedicated to educating the employers and encourage them to give migrants an opportunity to demonstrate what they are capable off, to overcome the barriers of “speaking with an accent”, not having “local contacts or Networks” . For employers to understand that those “barriers” are not necessarily an impediment to been able to do a job. 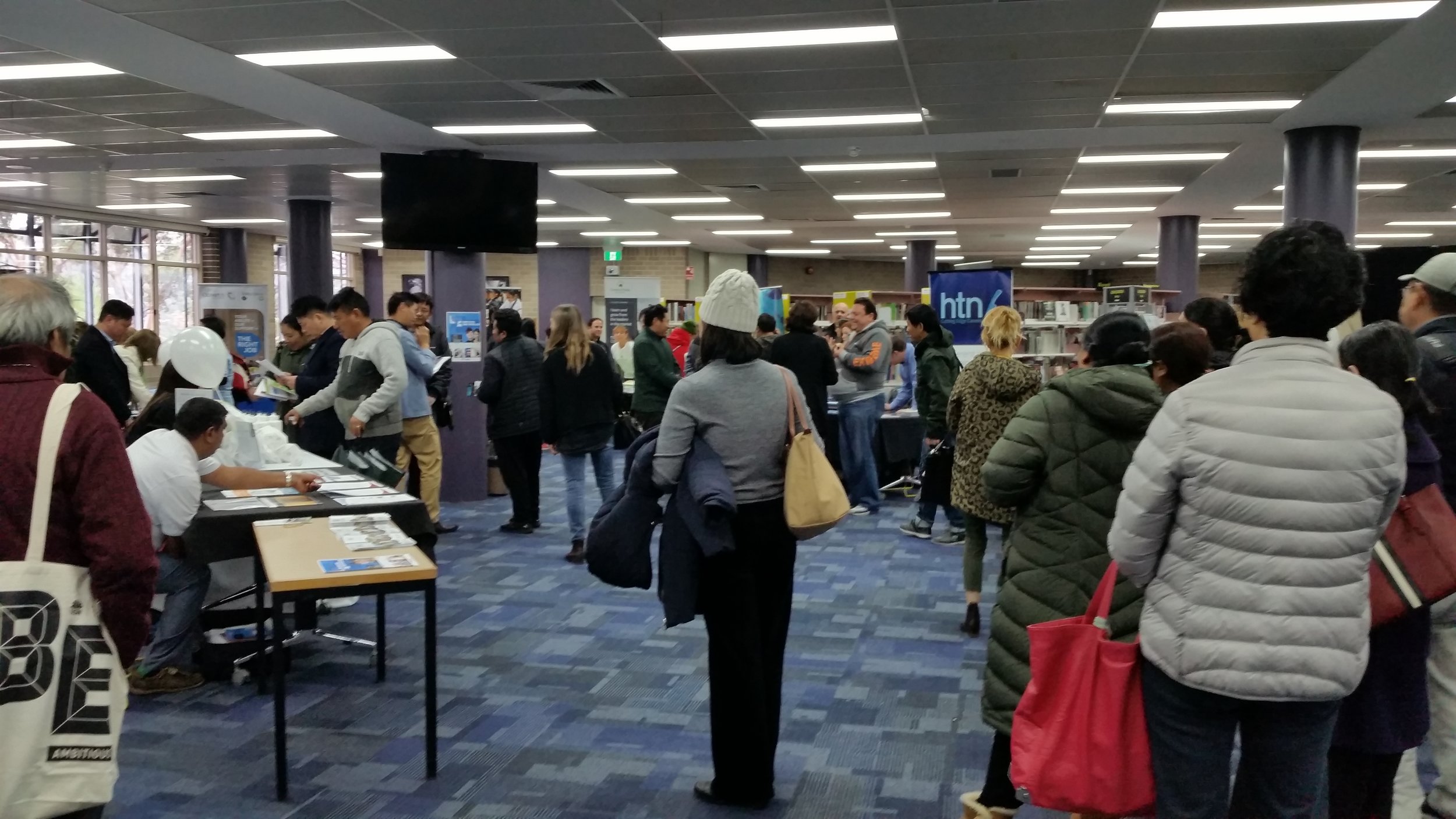