We are lucky enough to have a large community of Tibetan individuals and families living in the Northern Beaches. Some have lived here their whole lives, and others have arrived only recently. At Community Northern Beaches we want to make sure everyone feels at home when they arrive, and want to make this transition as easy as possible. 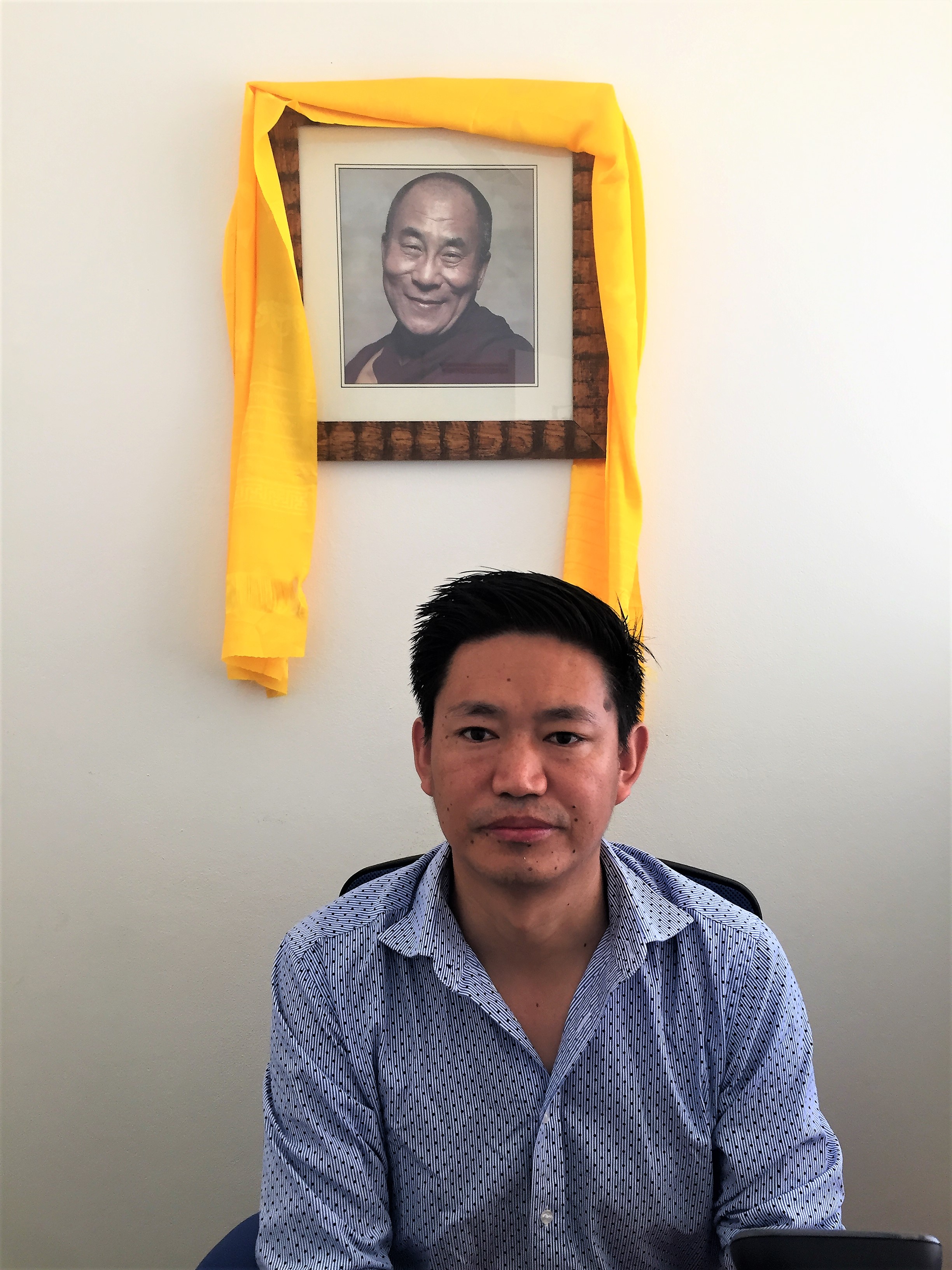 Dhondup is employed as our Tibetan Settlement Worker at Community Northern Beaches, and helps the Tibetan community with a wide range of services and support. He helps Tibetans to connect with local service providers (banks, Centrelink, job centres, employment agents, etc) to develop their eligibility for citizenship, and helps them to connect with other Tibetans and others families in the community. Dhondupâ€™s position is funded by the Governmentâ€™s Settlement Services International (SSI) and his job also includes co-ordinating and arranging English tutoring, driving courses, swimming lessons, and other services to assist with Tibetan integration into Australian life.

Whilst Dhondup is devoted to providing support and helping other Tibetans, his own story of growing up in Tibet and how he arrived in Australia is nothing short of remarkable.

Dhondup was born in a small rural village in Tibet in 1984, a country occupied by the Chinese Communist government since 1959. His family were poor farmers and could not afford to send his older siblings to the expensive local primary school. By the time Dhondup was born his older siblings had been working for some time and fortunately there was enough money in the family to send him to primary school.

When Dhondup got to high school, the Chinese patriotic re-education policy determined that the only language of instruction in the state funded schools was Mandarin, and the focus of all lessons was on the indoctrination of students in the ideology of the communist regime. Dhondupâ€™s family eventually found the financial resources to send him to a Tibetan Middle School where he could learn in the Tibetan language, study the Tibetan religion (Buddhism) and learn about Tibetan culture.

At the age of seventeen, Dhondup was arrested for his involvement in resisting the occupation of Tibet by the Chinese, and he was sent to prison for 2 years, including 3 months of solitary detention. During his years in prison, the prison medical authorities forcibly and very regularly took large vials of blood from him (and other Tibetan prisoners) to use for the blood transfusions of Chinese soldiers on the borders. This blood-taking, plus the poor nutrition and conditions in the prison, meant that Dhondup was very weak when he was released, and forced to use a wheelchair.

After a yearâ€™s recuperation at home, Dhondup was no longer in a wheelchair and he realised that there was no future for him in occupied Tibet, so he escaped. He walked for 24 days before he eventually reached Nepal where he registered with the UN under the UN Charter. There he learnt that, under the Dalai Lama, the Tibetan leader in exile, he could complete his schooling, which he did in the humanity arts steam. After this he went to the University of Delhi in India where he graduated with Political Science Honours in 2014.

When he had completed his studies, Dhondup submitted an application for a humanitarian visa application (established for people who are legally â€˜statelessâ€™) to migrate to Australia, a process that was established through a collaboration between the Central Tibetan Administration and Australian Immigration. His application was successful and in February 2015 he arrived in Sydney and he was granted a permanent residency visa to live in Australia. He studied â€˜English for Academic studiesâ€™ at the Ultimo TAFE College and then completed a Certificate IV to become a Lab Technician in a Pathology Lab.

In 2017 Dhondup saw a job advert for the position of â€˜Tibetan Settlement Workerâ€™ for the Community Northern Beaches. He had previously done a lot of work as a volunteer in NGOâ€™s and had been a high school prefect and the President of the Students Union at University. He had also been an executive member of the Tibetan Youth Congress in Delhi and President of the Student Human Rights association in secondary school, all of which demonstrated his excellent leadership skills. Dhondup applied for and was given this position, working, 22 hours a week helping other Tibetans settle into Australia. He moved to a flat in Dee Why (where he lives with another Tibetan). On weekends he works in Customer Service in Woolworths to earn extra money.

Dhondup hasnâ€™t seen his family since he was 17 and really misses his mother in particular. They are not able to get passports to leave Tibet and it would be impossible for him to get a visa to visit them. 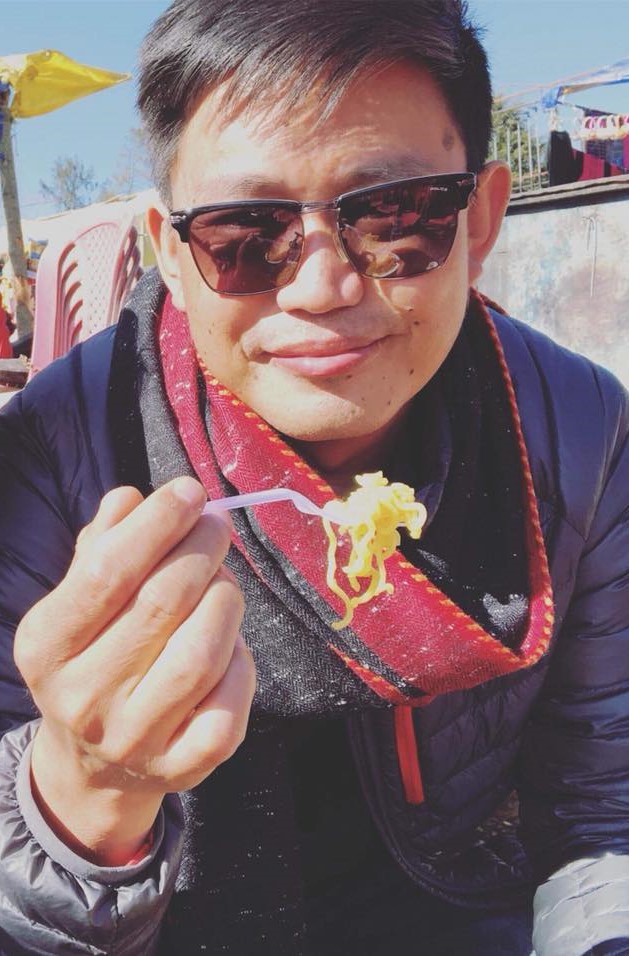 Despite this sadness and despite the hardships of living as a new migrant, Dhondup says that he loves living here in Australia where Human Rights are protected and freedom of speech and expression is preserved. He says he loves being able to think, speak and do whatever he chooses, and he loves the fact that there are so many opportunities available to him. He also appreciates that the Australian government supports the preservation of Tibetan culture and the identity of Buddhists which focuses on compassion, harmony, living peacefully and putting others before self. He sees this Buddhist philosophy as the greatest contribution that Tibetan Buddhists can make to Australian society.