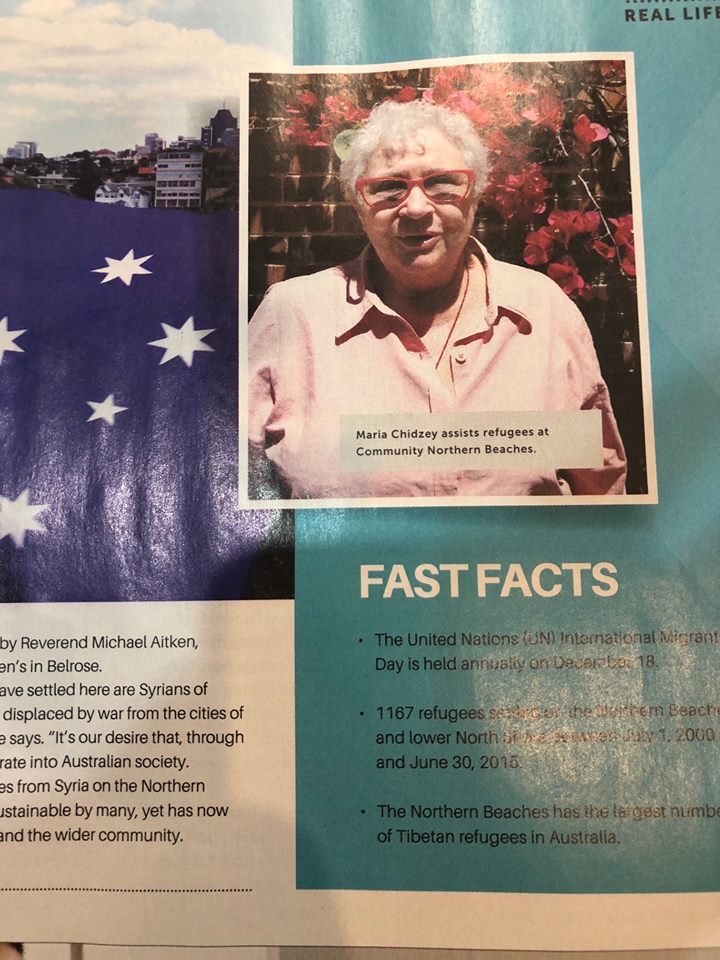 Our very own Multicultural Services Coordinator, Maria-Elena Chidzey, was featured in Peninsula Living’s December issue with a story focusing on the 1167 refugees who have settled on the Northern Beaches and lower Northern Shore between 2000-2015. It was a well written piece that shed light on the struggles of individuals before and after migrating.

Some individuals that have settled on the Northern Beaches originally fled from persecution and violence in their home countries. These migrants further face continuous challenges after settling into a new country. These include language barriers, isolation, and accessing government services and welfare.

Maria and Dhondup (our Multicultural Services Team) aim to help migrants and refugees transition into life on the Northern Beaches as easily as possible, particularly in their first five years of settlement in Australia. It was wonderful seeing Maria represent Community Northern Beaches and be recognised for her extraordinary work.